A Full Guide to The Cannabis Terpene– Humulene

By now you may have a list of terpenes that you can recognize in certain products, but chances are that humulene is not one — or so you thought. Humulene is a terpene, or more appropriately a sesquiterpene [a terpene that maintains three isoprene units, for you organic chemistry fans] that you may not recognize by name, but certainly by taste. That’s because humulene is largely responsible for the distinct, hoppy scent profile that most of us associate with beer. So, let’s hop into the background, potential benefits, and science behind humulene.

A Little Background on Humulene

Humans have been making use of humulene for brewing for nearly two millennia. In fact, some of the earliest records date back to 200 A.D. when Babylonians were first brewing their own beer. Primarily produced by the Humulus lupulus plant — or its colloquial name, hops — the essential oils of this plant’s budding flowers have been put to use by humans for eons.

You may find yourself wondering where the correlation lies between hops and cannabis. The Humulus lupulus plant falls into the Cannabaceae family, which as you may have guessed, is shared with the cannabis plant as well.

Although hops are the most recognizable producer of humulene, it is also produced by numerous plants, including cannabis, basil, sage, cloves, and black pepper. If you’ve ever felt that your cannabis flower had an herbal or beer-like aroma, there’s a good chance that your nose was identifying the presence of humulene. Some users also describe humulene’s secondary aromatic profile as woodsy or spicy. It should be noted that humulene can also be referred to as a-humulene or a-caryophyllene as well. Additionally, its chemical cousin b-caryophyllene is nearly identical and often viewed as a more potent alternative to humulene. Sourcing a cannabis product that is b-caryophyllene dominant is typically a much easier task than one dominant in humulene — which may not even exist.

What are the Potential Benefits of Humulene?

Have you ever noticed athletes downing a beer at the end of an endurance race? Although completing something like a marathon is worthy of a few cold ones to celebrate, the reason that many long-distance athletes may partake in a beer or two at the finish line is typically done as a means of consuming humulene. That’s because studies suggest that humulene may promote healing as well as maintain anti-inflammatory properties. 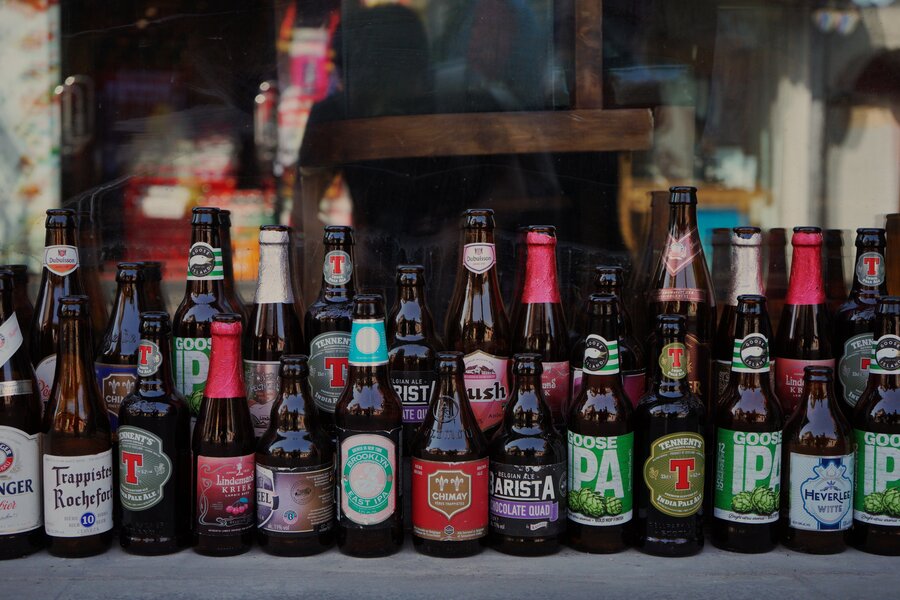 More specifically, researchers report that humulene may play a significant role in the reduction of mucus secretion in the lungs and airways. With further research, this could prove to be a beneficial tool for not only endurance athletes, but those suffering from certain respiratory conditions like asthma. In fact, one study found humulene’s anti-inflammatory effects on airways to be comparable to those of the corticosteroid, Dexamethasone.

Anti-inflammatory properties aren’t the only potential benefit that humulene brings to the table. It has also been reported to promote angiogenesis [the creation of new blood vessels], possess antibacterial properties, and has even shown some promise as a natural means of repelling mosquitoes.

Additionally, another area that researchers are investigating is humulene’s potential impact on blood glucose levels in diabetics. A study conducted by Harvard’s department of chemistry and chemical biology suggests that humulene may be capable of reducing blood glucose levels. In a separate study conducted on diabetic rats by Udayana University, scientists report that, “a-humulene is a long-acting form of insulin that is slightly different from other forms of insulin that are not man-made” [6]. Although more research is needed on the subject, current evidence presents a great deal of promise for humulene’s potential medical benefits.

How Does Humulene Affect My High?

As you may be aware, the experience of a cannabis high is determined by more than simply THC content. The numerous constituents of the plant like minor cannabinoids and terpenes play an equally important role in how cannabis affects you. If this is news to you, we recommend checking out our guide on terpenes that will teach you how to purchase your cannabis based on more than THC content.

Considering the unique nature of each cannabis product as far as cannabinoid and terpene profiles are concerned, it is difficult to pinpoint precisely how the presence of a single terpene may alter your experience. As with all terps and cannabinoids, how one person reacts isn’t necessarily indicative of how another person may react.

That said, it is at least worth considering the anecdotal reports of cannabis products that are high in humulene. Many canna-consumers report the effects from humulene-heavy cannabis products as relaxing, calming, and pain-relieving. As mentioned, these effects are merely anecdotal reports and should be treated as such when determining how you personally react to humulene.

Which Strains Are High in Humulene?

Although humulene is common in cannabis, it is rarely — if ever — the dominant terpene. Nevertheless, there are varieties of cannabis that report higher than average concentrations of humulene.

Here’s the thing though…when it comes to most cannabis products, especially flower, you never really know what you’re getting. That’s because the cannabinoid and terpene profile of each product or in the case of flower, each plant, can greatly vary. This means that just because a cannabis brand provides a certificate of analysis (COA) for a variety of flower that was grown at their operation, factors like genetics, climate, and soil conditions can — and do — result in chemical changes within the plant. The growing conditions for the plant that was sampled for testing are likely different than those several acres away, even if the initial seeds or clones were identically sourced. This has long been an issue plaguing canna-consumers who want to get the most out of their relationship with cannabis and one that, until recently, had no viable solution.

A Better Way to Choose Your Cannabis

Due to recent advances in cannabis infusion technology, cannabis users finally have the ability to dial in and track the intake of cannabinoids and terpenes. Brands like Koan have pioneered a new wave of cannabis-infused products with Koan Cordials. Unlike most cannabis products, these convenient, single-serving cordials are putting control back into the hands of consumers by providing consistent and accurately dosed cannabis products. This removes the guesswork for consumers, allowing them to focus on what truly matters, the experience.

Equally noteworthy is the laboratory precision in which Koan Cordials are produced. Have you ever found yourself trying to replicate a past experience with cannabis, only to become frustrated that nothing seems to work even though you consumed the same amount of the same product as before? That’s likely due to the product variability that we were discussing above. Fortunately for the canna-community, Koan has all but eliminated content variation in their product line. This translates to repeatable experiences for users, regardless of your desired goals of the journey.

If you want to give Koan Cordials a shot, ask your local dispensary budtender what they have in stock — it sells out pretty quickly. If you find that your dispensary is out of stock and you’re a California resident, then you’re in luck! Koan Cordials can now be purchased online and shipped right to your front door (California only). With a wide variety of blends crafted around mood and experience, Koan Cordials give users the ability to tailor their cannabinoid and terpene doses. This type of precision makes cannabis use less of an encounter and more of a relationship. Available in experiences like Play and Create, Koan’s award winning cordials are sure to change your perception of cannabis from a product to that of a tool.