Online and Ready to Receive 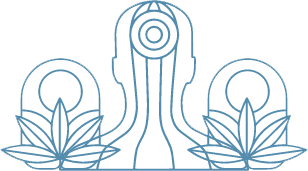 Your Body and Cannabis

The Endocannabinoid System (ECS) first started developing in organisms 600 million years ago. To put that in perspective, sponges were considered a complex life form at that time. When considering the evolution of cannabis, researchers estimate that the plant evolved approximately 34 million to 6 million years ago which places it millions of years after the ECS began developing in animals.​

Your body interacts with cannabinoids because there is something that exists inherently throughout your body that allows things like Delta-9 THC and CBD to directly or indirectly influence your bodily functions. This “inherent” system that all human beings share along with other animals is called the Endocannabinoid System. Quite a mouthful is it not? That’s why we usually use the acronym “ECS” for short.​

Why is the ECS important? Well, when it comes to cannabinoids that you might be familiar with like the euphoric cannabinoid Delta-9 THC and the soothing cannabinoid CBD among many other minor cannabinoids like CBN, CBGa, THCV, etc., it is all about how these various “phytocannabinoids” (plant-produced cannabinoids) interact with the ECS in your body.​

Why does the ECS exist inherently in the body in the first place? The natural functions of the ECS are varied depending on which of the two identified ECS neuroreceptors are activated (called CB1 and CB2 receptors), but without getting too deep into the weeds about all the possibilities, one of the most important things that the ECS does in your body is maintain what is called homeostasis. Homeostasis is just science jargon for creating and maintaining an important balance throughout the body. Your ECS helps you to maintain this balance.​

Some things that are directly related to the ECS and its maintenance of the body’s balance such as controlling inflammatory responses, mood enhancement/stabilization, your sleep cycle/quality of sleep, appetite stimulation/reduction, pain management, and other things scientists are still discovering today.

​It is important to understand how and where phytocannabinoids interact with the ECS and other aspects of your body to accurately predict the end effects that these compounds will facilitate in your experience. Our Resonate System allows you to choose the effects you want without having to understand how everything works on the deeper level.